Enough is enough. Living in Alabama, Amilian felt making a move was in the best interest of her children, fiance, and herself. Being a kind and generous person means you try to find the best in every person no matter their flaws. That also means you make an easy target for a narcissist. It seemed like. for Amilian, everything was just going wrong. Her father died… her best friend…, which was the hardest thing she had to endure. Amilian’s depression came back when she lost her father. It felt worse than the pain she felt when her grandmother died on her 18th birthday.

Moving forward, she tried getting back on her feet. Amilian was running a studio and web design company slowly trying to succeed. Amilian’s dream was to build and grow several businesses to help victims of domestic violence. She wanted to teach them business skills so they wouldn’t have to depend on their abusers. When she wasn’t working she was spending time with her children and fiance as much as she could. Her children had become huge fans of their own mother’s music.

Things then took a turn for the worst.

The whole time her great aunt was helping her with her children when she worked, she was plotting behind her back. Amilian is the type of person that will give you the shirt off her back. She also will protect you against those trying to put you in harm’s way. Sometimes bad things happen to good people. Her oldest child (15 at the time) and great aunt took her to court for custody. Amilian’s oldest child got tired of not being allowed to hang out with friends and party. She felt her mother was too strict and never spent time with her because she was always working.

Amilian didn’t deserve what happened next. She pleaded for a court-appointed attorney to fight her case but none were ever granted in her defense. She had to enter a courtroom alone, broken, and emotionally unstable due to the stress this was taking on her. But nonetheless, she had a point. Amilian decided not to fight the case and just let her daughter go. This was the hardest decision she has ever had to make.

You see. When someone loves you, you don’t do things to hurt and betray them. A mother just wants to protect her child and that shouldn’t be a crime. However, she was paying the price for it. Nobody ever wrote a handbook on being the best parent. Amilian had fallen into an even deeper depression. She thought she was doing the right thing when she left her abusive husband. She had nowhere to go but she did the best she could.

Amilian even tried co-parenting with her husband for what she thought was in the best interest of the children. After all, he wasn’t always crazy and he loved his kids. But as soon as he got another girlfriend, the abuse started back up. You see, Amilian thought that they were toxic together as a couple. But she soon realized it was ANY relationship he got in. He was getting into fights with several different females. It was time to act fast. 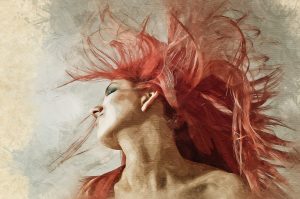 Amilian and her new fiance hung out with her husband and his girlfriend often. The children would play together and got to spend time with both parents at the same time. They also loved having step-parents. She discussed all of them moving to Florida together so they could go to the beach whenever they wanted. Amilian knew her soon-to-be ex-husband would never leave as he was very close to his family. Then something miraculous happened that was unplanned but right on time.

The phone started to ring as she was standing outside her fiance’s house. It was her husband and he was in a panic. Amilian quickly asked what was wrong, what’s going on? She had the kids that week and they were supposed to meet when she was headed back to Florida. Amilian had been using Facebook Marketplace to find room rentals in Florida until they could find their own home.

“I need you to come and get the kid’s stuff. I am going to jail” said a shaky voice on the phone. Her soon-to-be ex-husband had finally got caught. He and his girlfriend had gotten into a fight and he left bruises on her face. Amilian replied, “I will be right there” and went and got all her children’s clothes and toys. Amilian looked at her fiance and said… “It is time, if we are going to do this it has to be now”.

Amilian and her fiance packed in an explorer, 3 kids, 2 adults, everyone’s clothes, and a few toys. They left for Florida and never looked back. At this time they were living in a Facebook Marketplace rental in Navarre, Florida. It was a month by month and no children were allowed but they took the chance of a lifetime. Amilian and her fiance pleaded with the owner and said they wouldn’t need the place very long and it was an emergency. The owner still did not like the idea but said since she already paid rent for the month she could stay until it was up. Amilian had less than 3 weeks to figure something out.

Looking for a place in Pensacola, Florida was probably the most challenging step in this whole process. It had an issue with the rates being extremely too high as this was a tourist town. Amilian’s luck never seems to cease and she puts God first.  Between all the blessings she has received, her “luck” seemed to flourish.

Amilian had found help getting on her feet. As she made friends, she learned of different programs that help you get into a home. One of her friends told her an apartment opened up but the tenants won’t leave. Amilian was staying in a hotel room with her family as her lease ended with the previous landlord. Amilian prayed and prayed and had no fear. She knew her God would make a way.

They all had been waiting and waiting for the tenants to leave until finally, they had one more day left at the hotel. Amilian explained to her fiance that they may have to go back to Alabama if they couldn’t find a place to stay. They took the children to school daily and picked them up and the kids had fallen in love with Florida and going to the beach. After waiting so long and having nowhere else to go, Amilian’s phone rings and the landlord told her she could move in! Tears of joy ran down her face as she finally got her first apartment in Florida.

But wait! There is more! In the next blog, I will discuss the most amazing blessing that could have happened to her and her family. The twist to this next blog is crazy! Make sure you go to our blog often to check for updates!

No Longer A Victim